37 2-Sided Posters Included – 1 Side poses the Fact/Fiction Question, the other gives the answer.

According to the Common Core Standards, “students need the ability to gather, comprehend, evaluate, synthesize, and report on information and ideas…and research in order to answer questions or solve problems.
The need to conduct research … is embedded into every aspect of today’s curriculum. In like fashion, research and media skills and understandings are embedded throughout the Standards rather than treated in a separate section.”
Post a Poster in the classroom every week of the school year engaging students in researching answers about famous people and inventions!

Be the first to review “Power or Politics? 11×17 Poster Set” Cancel reply 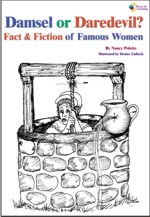